The problem of this research is Lack of ability and understanding in the village Apparatus mmengelola budget provided by the government either in the administration of field operations maupu so dihawatirkan will potentially abuse and not targeted. Besides, there are constraints faced, one of which is power Village Assistants who do not meet performance expectations in helping the implementation of budget management dikarenakkan this scientific background that is not in accordance with the needs of the village.

In addition, in this case the government has conducted / recruiting associate personnel to facilitate village village officials involved in managing the fund in the village associated villages. In practice, the field still found the complaints either coming from the general public mauapun village officials as the manager of the budget related to the performance or capabilities assistants stationed in the village, because sometimes his ability in assisting the administration and operation of the field does not fully meet expectations Apparatus communities and villages, so that further weakening the village aparfatur performance in managing the budget, which in essence assistants must meet the expectations of the public, or at least facilitators had at least basic science that fit the needs of the current village

To the above can be said to have become a new problem in the management of village funds, especially funds management villages in the village of lime. Such problems should receive special attention from the local village government and the government generally funds to memeperlancara progaram village that has become one of the government's flagship program in the success of equitable development throughout the archipelago and is expected to be moved to the country. 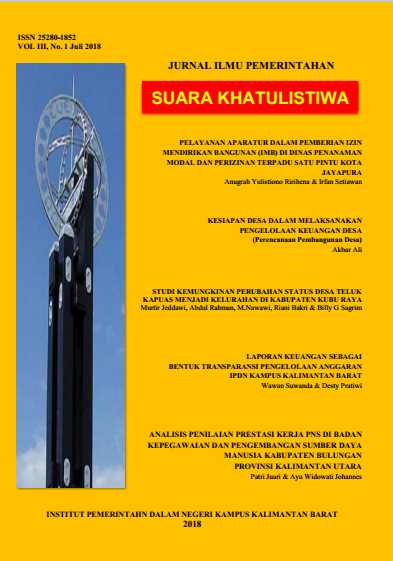