Abstract
Autonomy for the village as the law community unit is a power to regulate and manage
its own people’s interest that can be transformed based on different of state perspective. A
fundamental transformation in the degree of power that belongs to village, it occurred in the
village in the governing of the new order. It is also experienced by Neglasari, Salawu Sub
Regency, Tasikmalaya Regency. This study aimed to analyze the autonomy of transformation
that occurred in Neglasari governance in the New Order. Indirectly, this paper also aims
to explain the existence of institutional power locally, at the same time state strengthen its
position in the village through village autonomy transformation policy. With the aim of such
research, the method used is qualitative research and data collection techniques using in-depth
interviews and documentation. In Neglasari, the transformation of village autonomy impact
on power dissipation of the village which is indicated by changes in the organization structure
and its governance. Transformation also have an impact on power of decision-making and the
election of its leader. Babadamian as a holding that powers changes from formal to be informal
because its power because their roles and functions taked out by village institutional wicht
formed by state. Nevertheless, its changed doesn’t imfluence of babadamian exixtence because
babadamian still has power to village government and villagers.
Kata kunci: Transformasi, Otonomi Desa, dan Penyelenggaraan Pemeintahan. 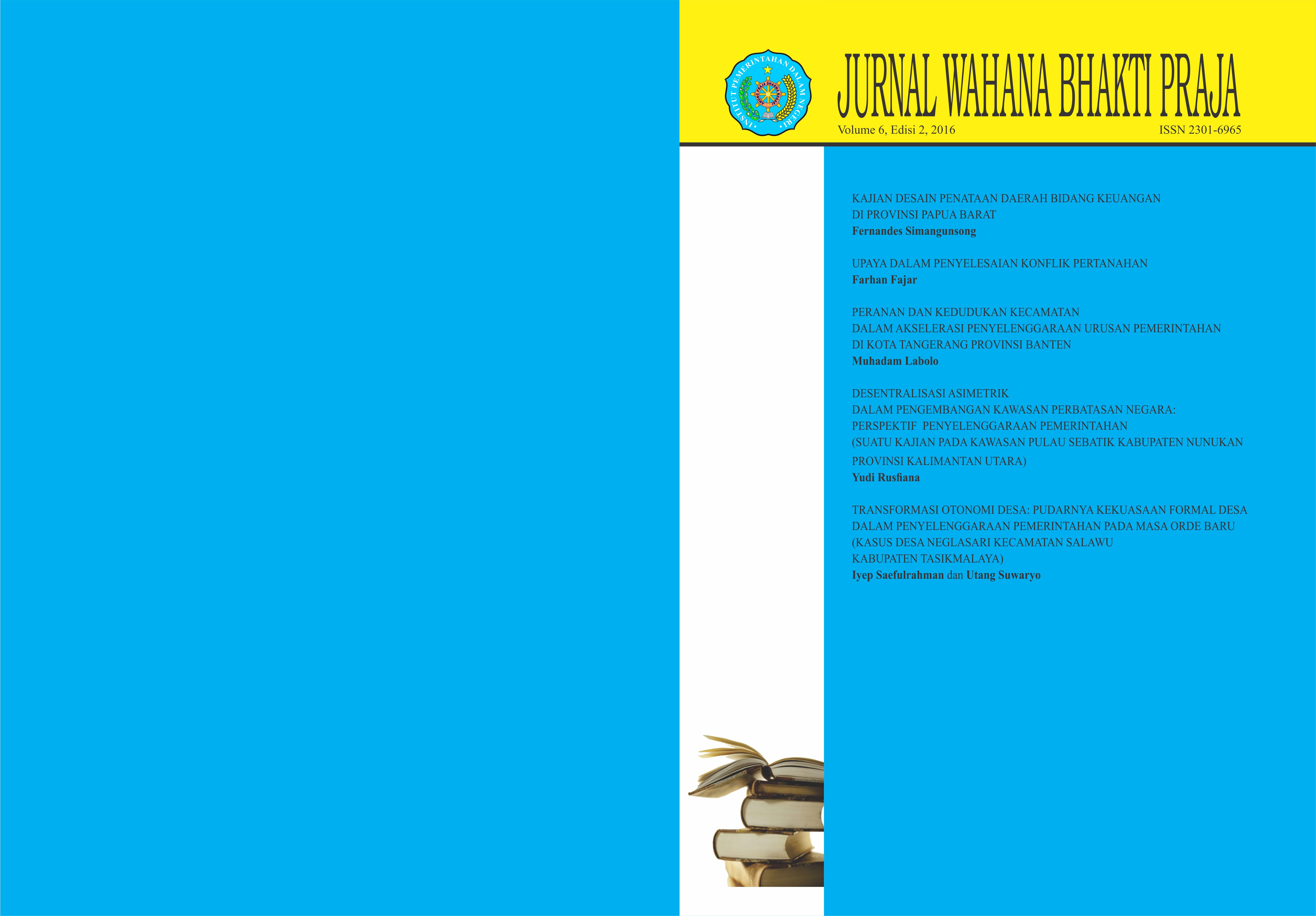