One manifestation of the implementation of fiscal decentralization is determination sources of revenue for regions that can be extracted and used itself according to their potential. Authority of the local governement realized by collecting taxes and levies regulated in the Law Number 28 of 2009 concerning Regional Taxes and Regional Levies. Authority to collect tax on the Tax Object Regions are divided into two, namely Provincial and Regency / City Taxes. Based on Article 2 paragraph (1) and (2) Law Number 28 of 2009 concerning Regional Taxes and Regional Retribution. The Indonesian tax administrators on behalf of the local government therefore need to establish innovative services which support the taxpayer in submitting the information needed by the tax officers. This needs to do more than just reduce the asymmetric information between taxpayers and tax officers. There needs to be a strong information management infrastructure in order to deal with huge, clerical, routine, and transactional tax information.Innovation on tax collecting must be in accordance with some principles in tax and tax collecting. Indonesia government through local government has been making some innovation to maximize the tax collecting so that able to increase the regional original revenue (PAD). 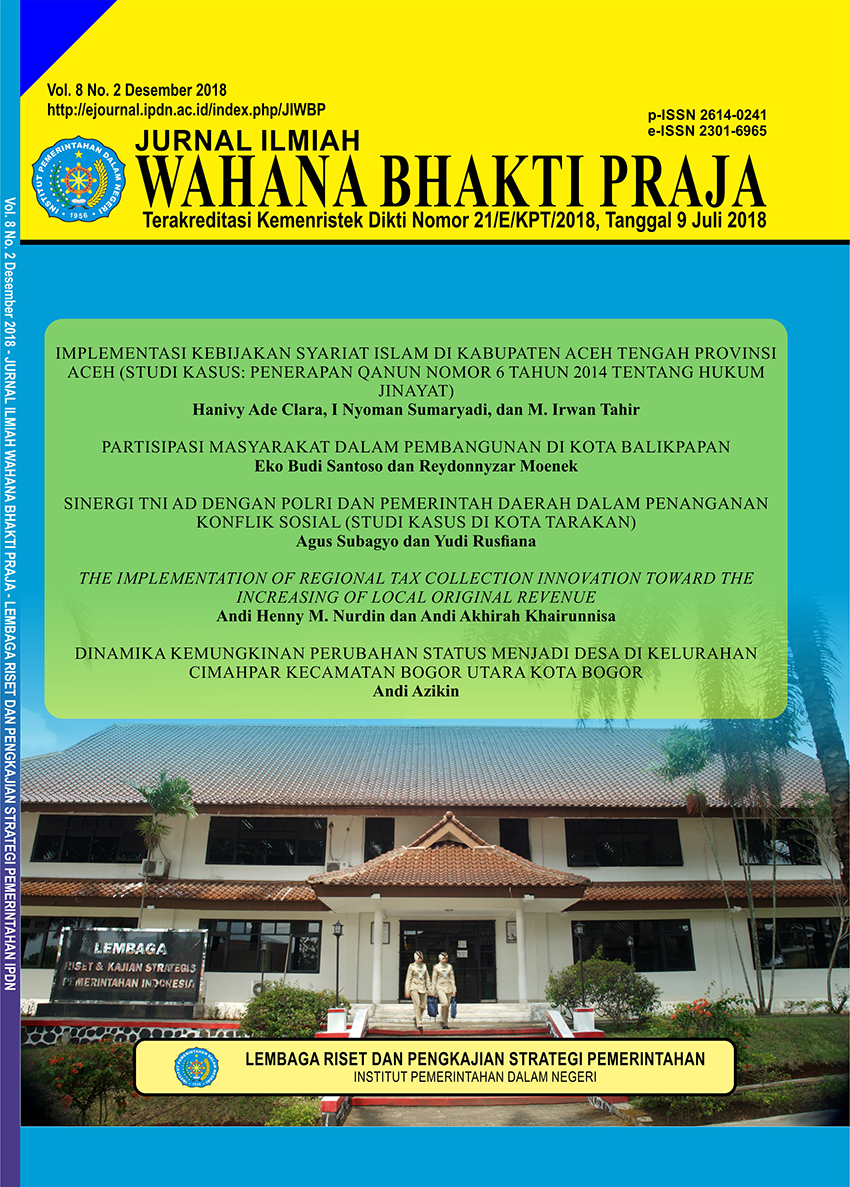