Since the reformation in 1998, has undergone a change in all the arrangements of state life in Indonesia. Changes that occur make the restructuring of government administration including the administration of regional government (the format of regional autonomy). The meaning of this change provides a new awareness to strengthen people’s participation and power and empower regional communities through the democratization of government and the empowerment of people’s economy. The implementation of regional autonomy is an important focal point in order to improve people’s welfare. The development of an area can be adjusted by the local government with the potential and distinctiveness of each region. So that in the implementation of local government, it is necessary to empower local communities that demand allocation and distribution of power (authority of power) and authority (authority) and discretion in the determination of public policies and the allocation of funding sources fairly between the central and regional. Therefore, the wide-ranging issue of regional autonomy has become a public debate that has pushed the change in the new format of local government into an unavoidable. Efforts to respond to these various demands by stipulating Law Number 22 of 1999 concerning Regional Government and followed by Law Number 25 of 1999 concerning Central and Regional Financial Balance. A new era of regional governance in the reform era has begun by ending a centralized era of regional government under Law Number 5 of 1974. The various principles and models adopted have given greater authority and flexibility to local governments. The new format of regional government is directed at creating regional independence by putting a principle of granting broad and complete autonomy. 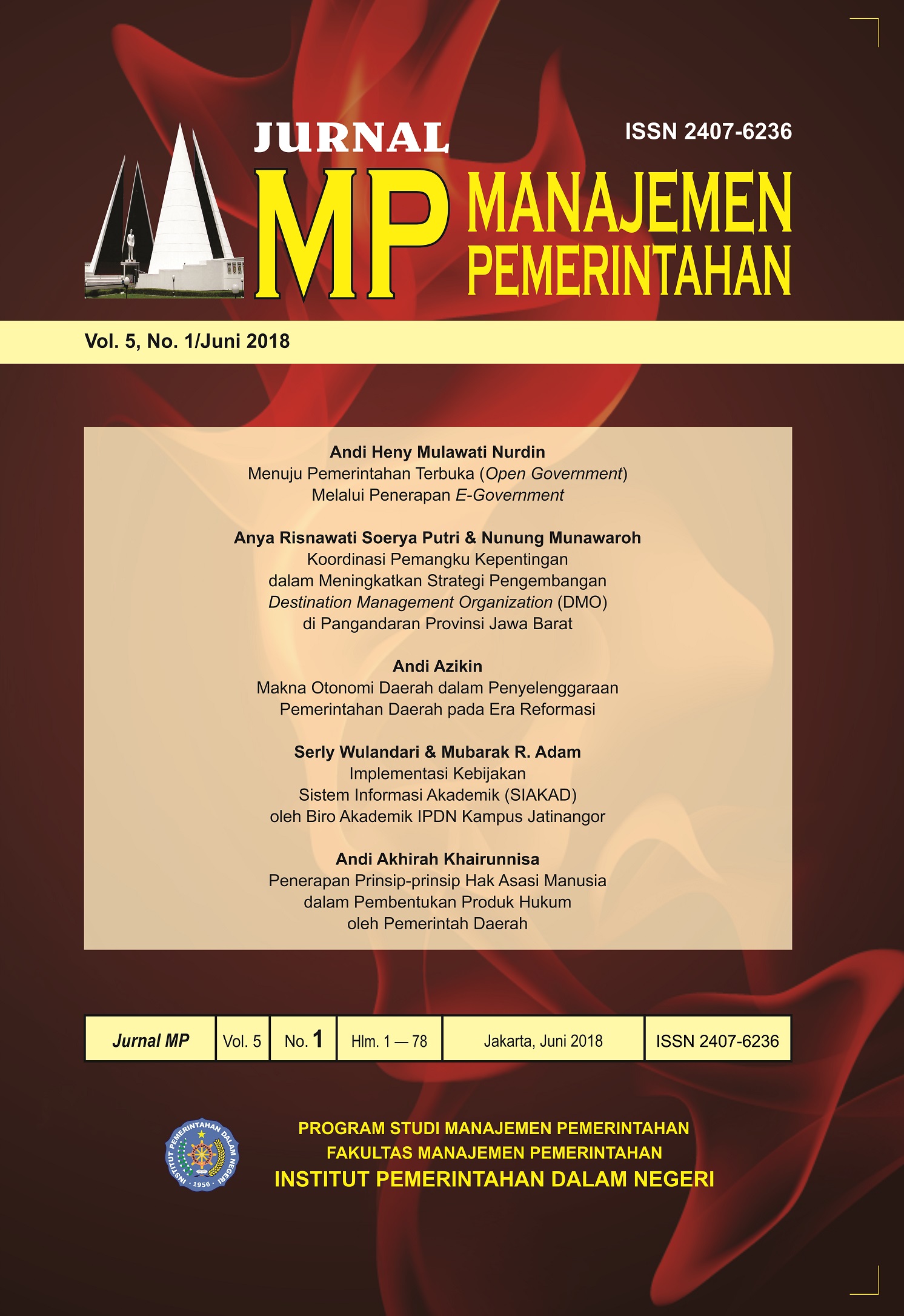