Bantul local regulation number 5 of 2016 about village official has already explained the detail of recruitment mechanism of village servant in Bantul district. This regulation aims to become guidance for head of village that in recruiting village servant it is not directly appointed by village head anymore yet through open selection system by which public can participate.

This research employs two methods; First, observation. Second, interview with selection committee of Tirtonurmolo village and the third party—academicians—who were directly involved in the selection. This research aims to explore how extend the local regulation has worked in each village in Bantul district. The selected village to be reviewed is Tirtonirmolo village that has just finished its village servant selection in 2016.

Tirtonirmolo is one of villages in Bantul district that has openly conducted village servant selection in 2016. The selection aims to fill some positions; village secretary and head of governmental affair. The applicants were very enthusiastic in which the test was followed by both young man and woman and adult from various education backgrounds. Generally, the majority of the applicants were Tirtonirmolo resident yet there were several applicants from other village.

This open selection is a manifestation of Good Local Governance in which transparancy and accountability is prefered in the process—start from the begin until the announcement of the result. During the selection, the committee involved third party—academician from university. By this selection last year, the position of village secretary and head of governmental affair is now filled by competent human resource in its field. 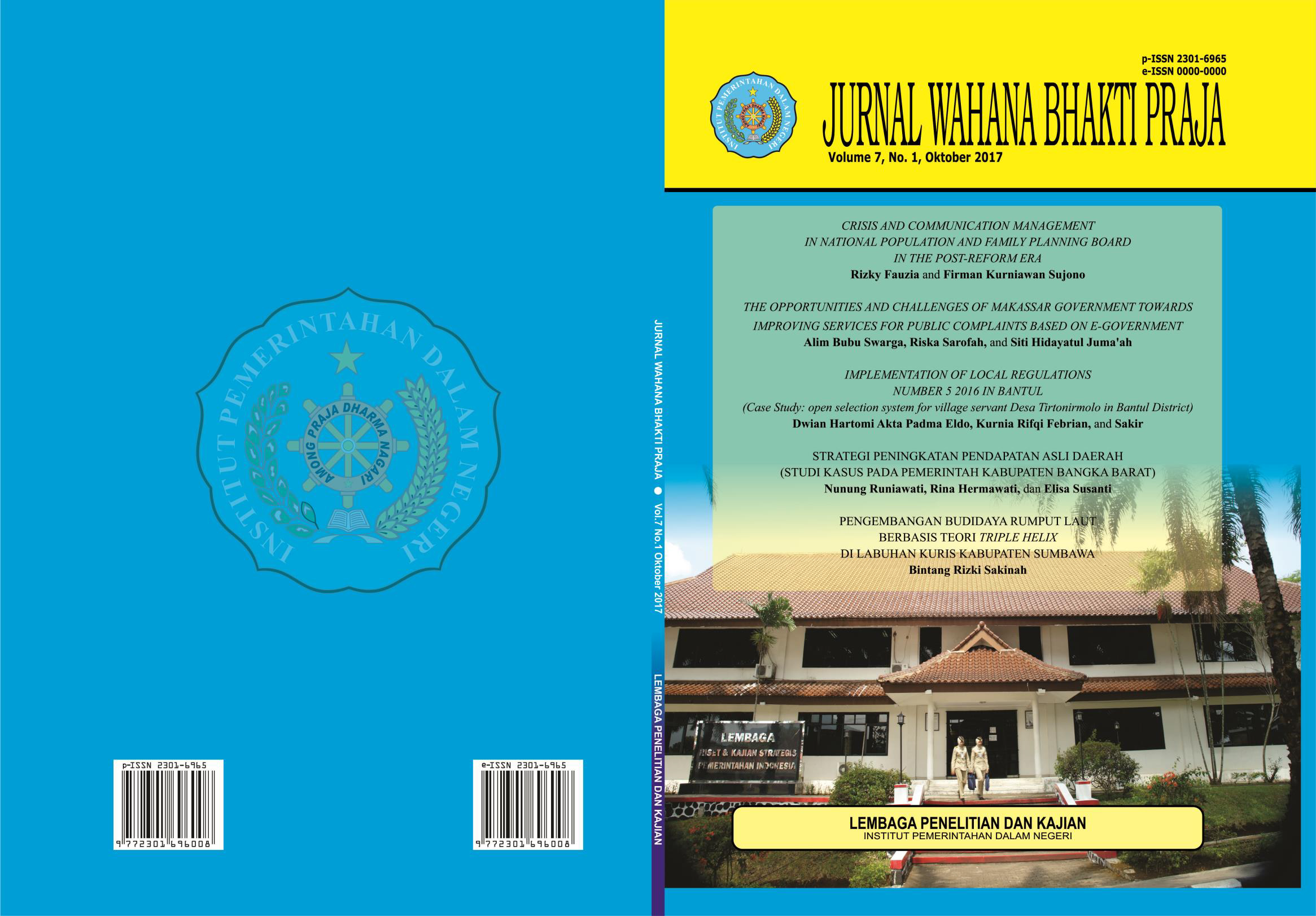